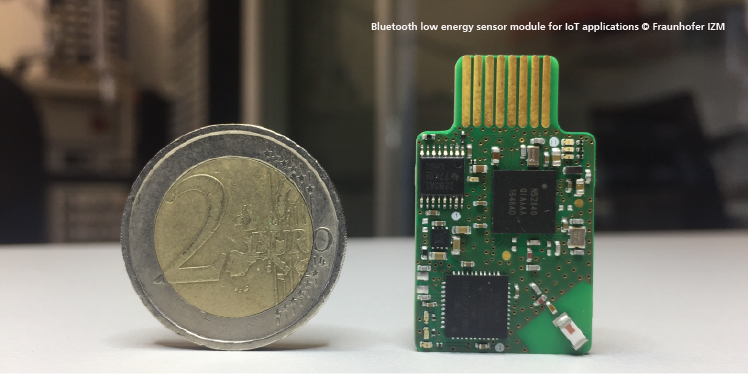 The global trends shaping the early 21st century, like the rise of the IoT, create urgent new demand for high-precision location tracking systems. Modern positioning technology is slowly getting to the point where it is accurate enough to handle the precise movements of not only people, but also autonomous systems. We spoke with Samer Al-Magazachi to find out about his research concerning accurate positioning systems, its challenges, and its potential applications – including swarm robots.

RealIZM: Speak to us about positioning systems.

Samer Al-Magazachi: Positioning systems do what the name implies: they determine the position of objects in real time. You will find many applications, including in the consumer market, for example in smartphones. We can distinguish between internal and external positioning systems. External systems determine the position of objects outside of closed rooms. They are often based on satellite signals and have been tested and actively for many years already (i.e. GPS). Internal positioning systems, also called indoor positioning, are relatively new in terms of research and their actual application. They present big opportunities, but also big challenges. For example, technologies such as GPS are too inaccurate and unreliable when it comes to determining the position of objects within small spaces like rooms. You could use radio waves, but when you use them within rooms, you get the so-called “multipath effect” due to reflections from the walls.

RealIZM: What is the multipath effect?

Samer Al-Magazachi: Reflection, refraction, dispersion, and deflection means that radio waves might take not one direct, but multiple paths on their way from their source to the receiver. The receiver registers multiple signals from a single source, most of which come from different directions and/or have different signal strengths. This is also called multipath propagation, and it makes it difficult to assign a precise location in space to the source of the signal. You can’t calculate the distance between the source and the receiver based on the shortest direct path between the two, because you simply don’t know whether the received signal indeed took the shortest path. The same is true for the angle with which the signal reached the receiver, which makes it hard to calculate the general position of the source. On top of that, the signal also creates interference with itself, which dampens the signal strength and causes greater variance within the signal. The occurrence of the multipath effect depends on the properties of the medium through which the signal travels, the size of the room, the presence of other objects in the room, the orientation of the antenna, and so on and so forth. In short: There are too many moving pieces to be able to mathematically estimate and subsequently eliminate the effect.

RealIZM: How could you improve the accuracy of these systems?

Samer Al-Magazachi: In my research work, I focused on determining positions by using radio signal strengths based on the Bluetooth standard. A receiver detects a signal from the source and, based on the strength of that signal, calculates the distance to the source. However, the signal strength and accuracy is affected by the multipath effects I mentioned, so the position is accurate to only about one meter. In order to minimize the unwanted multipath effect, or to even use it to our advantage, I have come up with two solutions. The first is to use a rotating antenna to emit a signal in all possible directions. The second is to use several antennas for signal transmission, since each signal is unique and provides valuable information.

RealIZM: How does that work?

Samer Al-Magazachi: The issue with the multipath effect is that it makes the data fuzzy. Because of the problems I told you about, the receiver gets lots of signal information, all of which looks very similar. A rotating antenna would simply increase the raw amount of data you get by adding new emission angles to the equation. Even though the received signals are still subject to the multipath effect, the larger number of signals makes it possible to detect smaller differences and, as such, make more precise assumptions. Instead of using a rotating antenna that covers all angles, you can also use antenna arrays. Their coverage would be a bit less, but the overall setup is easier to build and needs less power. And then it’s all about the algorithm that analyses the data.

RealIZM: What did your research tell you?

Samer Al-Magazachi: That it works. Both the rotating antenna and multiple fixed antennas lead to a better correlation between the received signals and the calculated distance.

RealIZM: If the multipath effect cannot be totally overcome in this way, could you use optical systems to avoid it entirely?

RealIZM: Despite the technical difficulties created by the multipath effect, what other improvements are possible?

Samer Al-Magazachi: Another challenge is the transmission range of the source. The greater the range, the fewer sensor nodes are needed. So, that is one thing that we can continue to improve. In addition, the refresh rate at which the position is calculated is a critical issue. At higher rates, for example if the position is refreshed once every second, instead of once every 10 seconds, a lot of new applications suddenly become possible. Finally, data analysis could be better. I have been focusing mainly on increasing the amount of data you get by working on the hardware aspect of the problem, but you could also concentrate on the software side and look for a smarter way to correlate the data you measure with the position of the source. So, there is plenty of room for new ideas.

RealIZM: What other possible applications are out there for indoor positioning systems?

Samer Al-Magazachi: Everyone knows the situation when you arrive at the airport or a shopping mall and don’t know where to go. In such situations, these systems could be very helpful. When we travel by bike or car, many of us use Google Maps, which guides us very precisely to our destination. I can imagine that we will at some point have a seamless transition in navigation from outdoors to indoors, with the aid of indoor positioning systems. We will be guided safely by our smartphones to our exact destination, even after we enter a building. In addition, you could also envision applications in the automation and logistics sector.

RealIZM: What else can we expect from this area in the future?

Samer Al-Magazachi: Bluetooth introduced the new 5.1 standard, which includes so-called direction finding using multiple antennas now as an integral part of the standard. I think, in four or five years, we will see this kind of technology in every smartphone out there, which will lead to better indoor positioning systems.

RealIZM: Every now and then, the media likes to talk about the risks of overexposure to radiation. Your device uses Bluetooth to function. Are there any physical hazards connected with that?

Samer Al-Magazachi: I used the regular frequency of 2.4 GHz. That is the standard for Wi-Fi and Bluetooth, and it has been like this for many years. As far as we know, there are no risks involved.

RealIZM: Can you tell me more about your activities at Fraunhofer IZM?

Samer Al-Magazachi: I am working on a project for monitoring smart grids, where I implemented a robust radio network in line topology, based on Bluetooth Low Energy. I also deal with the topic of reconfigurable, modular, and flexible electronics, where I design energy-efficient hardware going towards zero power. And my doctoral thesis, which I want to start on soon, is about swarm robots and collective intelligence.

Samer Al-Magazachi: Of course! Positioning systems are very important in swarm robotic systems. In order for them to freely move around as a group, you need a distributed system. Positioning using satellites and GPS is not very helpful here because of its poor accuracy and restriction to outdoor scenarios. In my work, I want to build a test field where different robots can solve certain tasks together by coordinating among themselves on the fly. Because of the number of robots involved and the accurate positioning needed, the positioning solution should be a combination of radio-based measurements and LiDAR. LiDAR stands for “Light detection and ranging”. It is basically a set of lasers that measures distance by sending out a light beam and detecting the resulting reflection. While the actual position determination could rely on radio waves, the overall composition of the robots’ surroundings could be accurately measured by using LiDAR. This would help with the evaluation of the data from the radio-based positioning system.