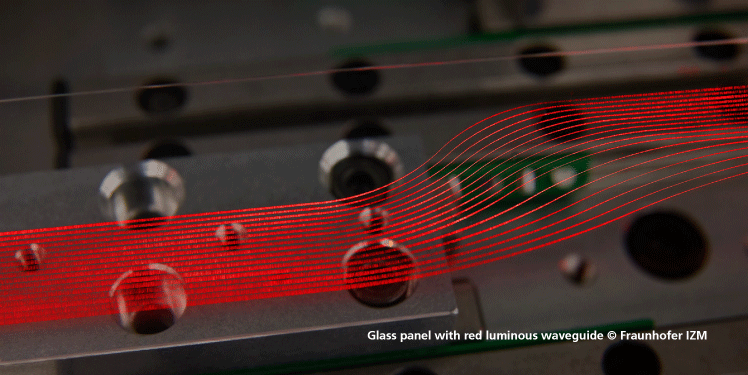 Quantum technology is used in many different areas of life. Fraunhofer IZM is exploring glass-integrated optical waveguides as a new avenue in the development of this technology. In their interview with RealIZM, Wojciech Lewoczko-Adamczyk and Oliver Kirsch speak about technical advantages, the competition, and possible applications.

RealIZM: What is “quantum technology”?

Photonics Team: Quantum technology is not a type of fundamental basic research, but, as the term “technology” implies, an engineering approach used to bring the theoretically well understood and experimentally proven quantum mechanical phenomena closer to their practical application. From the application point of view, the pillars of quantum technology are communication, simulation, computing, and sensing.  As with many other advanced technologies, the way to commercialization goes through miniaturization, standardization, and reliable packaging.

RealIZM: What exactly is meant by quantum photonics?

Photonics Team: This term is closely linked to the term “quantum technology”. Basically, it refers to us using our knowledge and experience from the field of photonics to produce working quantum devices. The basic building blocks of these devices are quantum bits (qubits), which physically can take the form of atoms, molecules, or atom-like structures. Light is commonly used to manipulate, stimulate, and read out the qubits, because its properties, such as its optical frequency, pulse duration, and intensity, can be controlled extremely precisely.

RealIZM: Where does the prefix “quantum” actually come from?

Photonics Team: It dates back to the rise of quantum mechanics in the 1920s, when physicists started dealing with processes at the atomic level. They realized that light also consists of tiny particles, which they referred to as “light quanta” or photons.  In the context of photonics, “quantum” means dealing with processes where individual photons come into play. Classical photonics, which is used for data transfer, is sometimes also based on quantum phenomena. A laser, for example, is a pure quantum device. The term “quantum” has, however, never been used in the context of lasers, since they emit billions of photons in one go.

RealIZM: What is currently happening in this field?

Photonics Team: Many early theoretical predictions of quantum mechanics have been experimentally demonstrated and verified for the first time in recent decades. A good example is quantum mechanical entanglement, which is a basic part of quantum communication protocols. Entanglement itself is not a brand-new idea; it was already discussed by Einstein, but first experiments with entangled photons were only performed in the 80s. And commercial sources for entangled photons only started to become available in the market in the last few years. You can see similar progress with other quantum technologies: they are only now coming to life and are making their way from university laboratories, via applied research entities, into business and industry. Quantum sensors and quantum computers are prominent examples here.

RealIZM: In which areas of application are these innovations happening?

Photonics Team: We are working specifically on quantum communication and quantum sensor technology. Quantum sensors promise much greater precision, but also accuracy – measurements on an absolute level. This means that the sensors do not need to be separately calibrated, because the measured values are based on natural constants. An example of this is a gravitational sensor. Conventional gravitational sensors are based on mechanical or opto-mechanical systems with falling macroscopic test bodies. Due to mechanical friction, the measured values drift over time, and the sensors have to be recalibrated. By contrast, a quantum gravity sensor works with single atoms falling, completely undisturbed, through a vacuum and determines the local acceleration from the speed of these falling atoms, far more accurately than any traditional sensor. By the way: such precision measurements of the atomic position or speed are only possible with a highly stable laser, and so we loop back to photonics.

RealIZM: Are there any alternative technologies?

Photonics Team: In terms of sensitivity and precision, there is no better long-term alternative, since quantum sensors are working close to the fundamental limits of the underlying physics. So, quantum technologies have the potential to fundamentally transform our measurement capabilities, and furthermore to enable new types of measurements. At the moment, it’s basically a question of the required specifications of a given application. It can happen that a quantum technological sensor implementation is not mature enough or too expensive, so that the conventional sensor is still the preferred choice. Current advances with quantum sensors are strongly driven by the availability of better materials, more precise controls, and higher efficiency. Once a certain technology level is reached, it can be expected that “quanta” will penetrate much of 21st century technology and find their way into both high-end and consumer devices.

RealIZM: If this technology has been around for so long, why do we encounter so little of it in everyday life?

Photonics Team: Again – it is not the quantum technology, but rather quantum theory and proof-of-concept experiments that have existed for a long time already. The sensor technology in particular is very fragile and reacts extremely sensitively to environmental disturbances. It is much easier to operate a sensor in an air-conditioned laboratory, isolated from disturbing influences. Increased robustness, miniaturization, and standardization are urgently required to make it a useful device for everyday purposes. This is the main goal and challenge for quantum technology projects.

RealIZM: What is your technological solution for eliminating these disturbing factors in quantum sensor technology?

Photonics Team: Vacuum is the best insulator. Vacuum systems already exist in laboratories, but they are extremely large and heavy. One approach in our group is the miniaturization of these vacuum systems, building them on the basis of glass. We are currently investigating a range of methods to improve the hermeticity of glass-glass interconnections. If we succeed with this, we can build mini and micro-scale vacuum chambers. Moreover, we can include electrical and optical functionality into the glass walls of these vacuum chambers – just as we do with electro-optic circuit boards, for which we also use glass as a substrate.

RealIZM: What are the reasons for using glass?

Photonics Team: One technological reason for using glass as carrier material for the waveguides is its transparency over a very broad spectral range. The transparency of glass in the visible and near-infrared wavelengths is an advantage in most quantum sensor applications. Silicon photonics systems cannot be used here due to the opacity of silicon. Another advantage of glass is the natural match of its optical, mechanical, and thermal properties, like the refraction index or thermal expansion coefficient, wuth other optical systems made of glass, like fibers or lenses.

RealIZM: How can quantum communication profit from glass?

Photonics Team: Optical communication systems are already based on glass – information is carried by optical fibers made of glass. On the chip scale, the clear advantages of glass in comparison to other material such as semiconductors are that it allows for very fast prototyping, is more cost-effective in production, and can be recycled. In addition, integrated optical waveguides in glass show significantly lower losses and allow for effective polarization controls and excellent mode matching with optical fibers. All of these characteristics are essential in communication systems. Furthermore, optical waveguides can be integrated in all three dimensions in glass, enabling higher flexibility in the photonic layout and avoiding packaging constraints.

RealIZM: Where could quantum communication be used to best effect?

Photonics Team: Everywhere where the secure transfer of information is an issue. A specific use case would be the information transferred between banks or lottery operators who can benefit from strongly this safe quantum communication channel. The advantage of quantum communication protocols is that the information is protected from being copied, stolen, or manipulated by the fundamental laws of physics. At least, none of this could happen without it being noticed by the receiver. Without quantum-safe encryption, everything that has been transmitted or will ever be transmitted over a network is vulnerable to eavesdropping and disclosure. Several quantum-based security protocols and cryptographic algorithms have been successfully implemented in academic and commercial research labs. Fraunhofer IZM is already working together with other institutes and the industry to bring these technologies into real-world applications.

RealIZM: Which other industries could benefit from quantum technology?

Photonics Team: Let me mention three examples: The sensitivity of current quantum gravitational sensors allows us to detect the presence of a 100kg object at a distance of 1m from the sensor. It could, in fact, be the operator of the sensor himself. And since gravity shields do not exist, the sensor would “see” the operator even behind a wall. The spectrum of applications is enormously broad: from prospecting for fossil fuels or investigating the composition of rocks below ground to predicting volcanic eruptions. Another example are so-called bio-magnetic quantum sensors, whose sensitivity is reaching the point of being able to detect the tiny magnetic fields of human organs – heart or brain. This type of screening could be supplementary to X-ray, ultrasound, or nuclear spin tomography and provide physicians with an additional source of information. The last example is the quantum computer. It’s not just that it will perform much faster than conventional computers. It will perform operations that are absolutely impossible for the computational power of current computers. It will be able to simulate “the quantum nature of nature”, like sophisticated and yet unexploredchemical reactions. The dynamics of chemical reactions and the qubits in quantum computing are both governed by the counter-intuitive laws of quantum mechanics. What is not knowable or observable for us in our daily routines is the natural environment for future quantum computer. So, let it do its thing there, let it discover new drugs!

RealIZM: How do you compete with other companies?

Photonics Team: Fraunhofer IZM is not about competing with companies. We are here to help them develop technologies and establish processes that are otherwise too risky if carried out by the companies on their own.

RealIZM: What do you think will happen next in quantum technology? Where will we be in five years from now?

Photonics Team: In five years? After a few new virus varieties have spread through the world, a quantum computer based on integrated photonic memories made by IZM, made by machines controlled remotely from our home office, will discover the first vaccines. 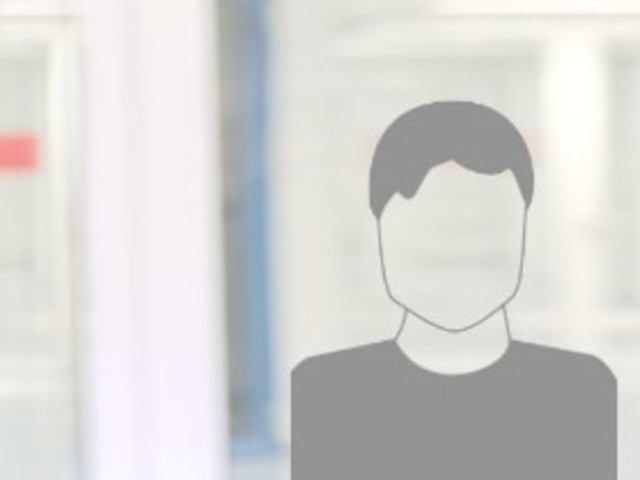