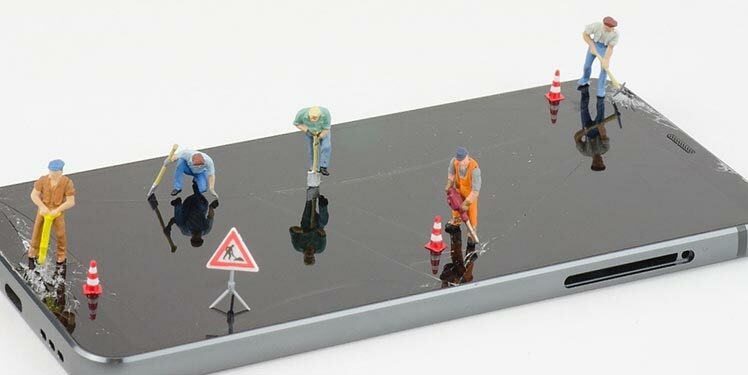 Mobility matters for people and their devices, but increasingly, so does sustainability. But smartphones, tablets, and the like generate considerable carbon emissions when they are produced and when they are used. In addition, valuable raw materials are used to make devices that, more often than not, are thrown out and replaced too soon, instead of being repaired.

At the beginning of September, the RealIZM team visited the IFA in Berlin – the trade fair for technology and industry trends. Together with Fairphone, SmartViser, and MicroPro Computers, Fraunhofer IZM was at the expo to show what a sustainability revolution would look like in consumer electronics.

For 30 years, Fraunhofer IZM has been researching, developing, and offering advice on environmentally friendly electronics and IT. Exhibiting at a public trade fair for consumer electronics and household appliances was nevertheless a new experience for the research institute and, at the same time, an important step on the way to greener information and communication technologies. This was made possible by the prize money from the Ralf Dahrendorf Prize, given to the researchers by the German Federal Ministry of Education and Research for their work on the sustainablySMART project.

How green can a smartphone be? What do lifecycle assessments say about modular devices? What are the benefits of the new eco-design regulations and energy efficiency labeling for smartphones and tablets? These were the central questions addressed by representatives of SmartViser, Deutsche Telekom, Fairphone, iFixit, and the Federal Environment Agency at a public panel discussion, hosted by our very own eco-design expert, Karsten Schischke from Fraunhofer IZM.

In Europe, consumers currently replace their smartphones after about 40 months. In the U.S., their useful life usually ends only after around 24 months.* The European Commission’s reasoning behind the planned energy labels for smartphones and tablets states that the primary energy consumption of cellphones, cordless phones, and tablets used in the EU can and should be brought to 25.4 TWh by 2030. This would mean that the environmental footprint of mobile devices would be reduced by around 33 percent compared to 2020.**

Two EU regulations on the eco-design and energy labeling of smartphones and tablets are expected to be adopted by the beginning of 2023. Their aim is to make these devices more environmentally friendly. These new guidelines are based, among other things, on studies done by Fraunhofer IZM’s sustainability experts. At the expo, trade visitors were able to learn more about the energy labels for smartphones and the associated testing procedures and to speak to our researchers and partners about the right to repair and the longevity of electronics.

The two planned EU regulations were published in early September 2022, accessible via the following links. The proposed measures are based on the EU Eco-design Directive 2009/125/EC and the EU Energy Labelling Regulation (EU) 2017/1369.

Young visitors to the expo could learn how to use their smartphones, tablets, and other devices more responsibly in special sustainability excursions. A look at charging habits showed how users can contribute to a longer service life and also to a better climate balance for their mobile devices.

The researchers also put the materials used in mobile devices on show and used the example of a 35 kg CO2 backpack to illustrate the carbon footprint of smartphones. The weight symbolizes the ecological impact left behind by the production of a single cellphone. With 20.4 million devices sold in Germany in 2021, that would be the equivalent of 714,000 tons.***

Watch the RealIZM interviews with Karsten Schischke, eco-design expert at Fraunhofer IZM, and the co-exhibitors to see what concrete contribution their organizations are making to the longevity of electronics, why the topic of sustainability must be considered in information and communication technologies, and what should be achieved in the next five years.

This could be also interesting for you: