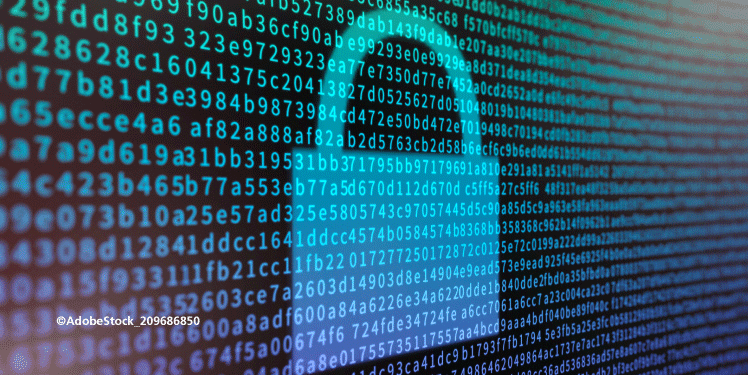 Quantum cryptography and quantum communication are enabling a new level of security, and research into its optimal implementation and realization is progressing at full speed, matched only by current research into quantum computers that is happening all over the world. The term “quantum supremacy” was coined and sparked much debate two years ago, yet countless questions remain unsolved in the field of quantum technology. Dr Martin Hempel tells RealIZM what challenges these technologies are currently facing.

RealIZM: Can you explain the concept of quantumisation?

Martin Hempel: This is a very abstract term, but there are many things that are quantumised. A quantumised property is a property that is not continuous. That means they are decomposable into very small parts, for example into single small energy portions.

RealIZM: How does this show up in our everyday lives?

Martin Hempel: In everyday life, we are in contact with much larger quantity scales, so we don’t experience quantumisation directly. This is like single pixels on a TV screen that cannot be seen with the naked eye, but together form a larger smooth image. However, there is a lot that is based on this technology. Quantum technology is particularly present in the field of sensor technology. For example, one could say quantum technology is already in use in the most common imaging detectors, i.e. when photons are detected on a camera chip. This is why the class of “quantum sensors” is nowadays defined a bit more exclusively: They use specific properties that are specific for quantum mechanical systems. There are a few applications already in this field, but they are still miles away from the mass market.

RealIZM: What are the promising areas for the future, besides sensor technology?

Martin Hempel: Quantum communication and quantum cryptography. This involves the protected transmission of information. Protecting it against interception or encrypting the message itself play a major role in this.

RealIZM: How does it work?

Martin Hempel: This works by entangled states. This is again an abstract concept: Two particles, which can assume two states each, are coupled in such a way that it is no longer clear which particle has assumed which state. We can only know the state when we measure, and we know that if one particle is in one state, then the other one is in the other state, because they exclude each other.

RealIZM: What happens to these particles?

Martin Hempel: The related particles can be very far from each other. In physical reality, both particles have both states at once. At the instant when the state of one particle is read out, the other particle assumes the respective other state. The simultaneity with which this happens is used for both quantum computing and quantum cryptography.

The important thing in quantum cryptography is that there are individual photons. If one of the entangled photons is intercepted and measured, the state of the other is destroyed. So, the message is no longer readable for the receiver.

RealIZM: What is the challenge in quantum cryptography?

RealIZM: Are there similar challenges in quantum communication?

Martin Hempel: They are closely connected: even if particles are entangled in communication, this is not yet sufficient for the communication itself. The partner must know when and how measurements are made, which is why communication takes place not only via the entangled states, but also via an additional channel. This means that the level of quantum communication, which is already intrinsically secure, is made even more secure with an encryption level.

RealIZM: How can we imagine this in practice?

Martin Hempel: When writing a computer program, you will typically need a random number or sequence of numbers at some point. In normal computers, this is never truly and completely random, because it always repeats itself eventually. The big advantage of a quantum computer is its actual randomness: nothing is repeated, and there are no patterns. This is the basis for secure encryption.

RealIZM: Why are we still facing difficulties with quantum computers?

Martin Hempel: Much of quantum computing happens in low-temperature states. To stay ahead with this technology, it is necessary to test how materials react to low temperatures and temperature changes: when materials are shipped, this is not done in a cryogenic state, but thawed. Materials have certain temperature cycles, which can cause stress and change their properties. Plastic, for example, becomes harder and more brittle. There are also no empirical data points yet about the reactions of adhesives or soldered joints to repeated thawing.

RealIZM: Even though people are already working with it?

Martin Hempel: This is the difference between research and experimentation and the mass market. If experiments are carried out at a university and something works a few times, then work is done, and measurements can be carried out. For introduction to the wider market, you need systems with many units, especially for quantum computing. And that means that you need long-term stable processes that can withstand temperature cycles.

RealIZM: How far away is quantum computing from our everyday lives?

Martin Hempel: Quantum computing is increasingly on people’s agenda, but the market is still relatively small. There are still many unresolved issues. The problem with cooling is very prominent and makes the technology unsuitable for the mass market: no one puts a computer in their living room that has to be cooled with helium. In addition, many systems work by trapping individual atoms as they fall. So, after someone buys a computer, a technician would have to come with a huge apparatus and load ions into the computer. And it means that the power must never be turned off, because the ions would be gone in that case. These are just two examples to illustrate the problems of turning a theoretically possible technology into an actually usable one for the mass market.

RealIZM: Why is the low temperature important at all?

Martin Hempel: At higher temperatures, all particles are in motion and usually change their energy states often in their interactions with other particles, which destroys their specific states. The deceleration time is the time it takes for the entangled state of particles to decay. The deceleration time is important to define a computational task, to give a computational command, and to save data.

To perform computational tasks, particles must be brought into contact and interact with each other. The scientific problem is: If they are so well-isolated from the outside world that they have a long deceleration time, there will be problems with getting the particles to come into contact. Therefore, systems that currently have a long deceleration time have problems with starting calculations.

RealIZM: Are there already approaches to solve this?

Martin Hempel: One recent approach in topological quantum computing, which also works cryogenically, is based on the generation of long deceleration times and then the generation of interactions between particles at the press of a button. However, there are still lots of questions to be solved before this can be applied, because it was not until the late 1990s that research in the direction of topological quantum computing initially began.

RealIZM: And until then…

Martin Hempel: … approaches from Google and IBM are more likely to accompany us in the near future. Two years ago, Google proclaimed “quantum supremacy” and said that, from now on, specific calculations can be performed much faster with a quantum computer than with a mainframe computer. This was much criticized by the press – unfairly so. The accusation was that the task presented was specifically designed for the quantum computer and that it was therefore clear that it would solve the task faster. The paper clearly addresses the decision to solve a problem that highlights the strengths of the computer.

RealIZM: What exactly are these strengths?

Martin Hempel: A quantum computer is the best tool for solving a quantum mechanical problem. Of course, we can also break down our everyday life into its smallest units and make everything a quantum mechanical problem: Materials science, chemistry, medicine, cryptography etc. In many areas, this will provide new insights and allow great developments. But that doesn’t mean that normal computer technology will disappear. There will still be problems that a normal computer can solve better.

RealIZM: Both types of computers will coexist then?

Martin Hempel: Most likely, when quantum technology is ready, there will be hybrids of conventional computers and quantum technologies. Any given task will get done by the part of the computer that is best suited for it. This is a good thing, because you do not need anything high-tech to turn a lamp on or off, for example – there will probably still be something like a light switch a hundred years from now.