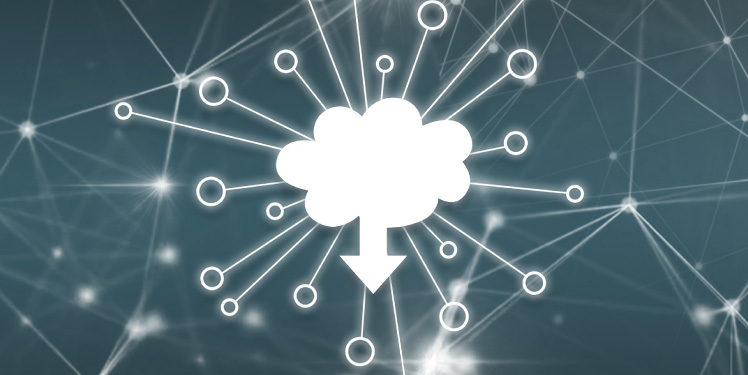 Malina Metzing spends her working days in a very exclusive position: a software developer at the generally hardware-oriented Fraunhofer IZM. As the vision of the Internet of Things is steadily becoming a reality, unprecedented numbers of devices and machines have become connected and begun to communicate with each other. It is Malina’s job to stay on top of this cacophony of data, managing databases and analysing the streams of data coming from connected sensor nodes. In her interview with RealIZM, she tells us about the vast variety of potential applications.

RealIZM: In a nutshell: What are IoT-based applications?

Malina Metzing: The idea of the Internet of Things (IoT) is to connect computer devices embedded in physical objects (things), so they can send data over a network and communicate with each other. These data are stored, analysed, and visualised by applications made for that purpose. It is these applications that collect, analyse, and visualize data from connected objects that we call IoT-based applications.

RealIZM: What does data processing mean in practice?

Malina Metzing: In my case, data are created in a sensor node. A sensor node is a unit consisting of various sensors and all of the additional components required to generate and transmit data. The first processing can already take place in the node itself, for example by converting certain parameters. The data can then be transmitted to other sensor nodes in the network and stored in a database. Often, there are only raw data there, which needs to be edited and processed with special programs by creating connections between them, recognizing conditions, and extracting information. Afterwards, these data are stored and made available for use. All these steps belong to data processing. But data processing does not stop at the moment of storage. It also involves developing algorithms that can extract information from the data.

RealIZM: Where exactly do you come in?

Malina Metzing: I design and develop the databases needed to store the data, and I implement the application software that analyses and visualises the data.

RealIZM: Can you tell about your most powerful application?

Malina Metzing: We developed the ASTROSE monitoring system for overhead power lines. There are wireless sensor nodes attached to high voltage lines. The sensors of each sensor node measure the current, inclination, torsion, and temperature of the power line. The sensor nodes are each a system in themselves, but they can transmit the data to their neighbours, creating a network chain that extends to a base station. This is then connected to a server running programs that I developed, which process the data, because the raw data from the sensors alone are not useful. We have also a program that is responsible for monitoring the data. It gets the data and displays it in a diagram, for example. From these data, we can draw conclusions, like identifying short circuits or torn lines. In our current project, we are also working on detecting ice load on the lines, because this can be very problematic for the grid operators.

Malina Metzing: The challenge of IoT systems is that every system needs to be developed specifically for its intended application.  These sensors are specially designed for these overhead lines. There are other sensors that are used, for example, for waste water, which then collect other values. They look different, but basically the idea is the same: sensor nodes are there to measure something specific.

RealIZM: Which parts of the system are developed at Fraunhofer IZM?

Malina Metzing: We have been working on the ASTROSE for 10 years together with our partners in various projects. The task of Fraunhofer IZM starts with the integration of the sensors and other components into a sensor node and goes all the way to the complete communication, data evaluation, and data storage and visualization functions. Together with our customers, we determine the design and configuration of the system, carry out the commissioning, and supervise the ongoing operation.

RealIZM: Our institute is strongly focused on packaging and interconnection technologies and hardware development. Why do we offer a software solution here?

Malina Metzing: In the systems department of the institute, we are developing application-specific systems. In order to meet our customers’ requirements and cover the entire value chain for them, we need to put out a large number of software modules for the systems we are developing. This means that our customers get a complete solution, from the sensor to the communication parts to the data storage and its processing. We bridge the gap to the customer’s infrastructure. With this approach, it is possible for us to adapt each part of the solution to the customer’s needs.

RealIZM: Is the software already in operation in a working environment?

Malina Metzing: The first pilot line has been in operation in the Harz Mountains since 2014. It consists of 59 sensor nodes and is still functioning perfectly. Every 15 minutes, the nodes transmit data which are stored in a substation connected to it. In addition, we have developed and implemented programs that monitor the data and send email alerts if anything happens.

RealIZM: Won’t alerts not become a bit too much work for you if the system is ever used on a larger scale?

Malina Metzing: Since our system is already modular in design and many monitoring functions are automatic, the entire system can be scaled up easily with limited effort.

RealIZM: What would a hypothetical new customer need now if they want their own pilot system?

Malina Metzing: Technically, we could start with the system out of the box from the hardware and software point of view. The next step is what the customer wants to know about the collected data and what special requirements the system must fulfil. We can adapt the complete system, in terms of both the hardware and the software, to the needs of the customer.

RealIZM: Are you still working on the system?

Malina Metzing: Yes, in the current ASTROSE-Vision project, the nodes will be extended to accommodate cameras. This image data can be used to control vegetation around overhead lines. Many lines are routed through clearings in forests. But trees will start growing again, and there are certain legal distances that the lines have keep from them. This has to be checked regularly, and cameras would be an enormous relief in this task.

RealIZM: What other areas of application are there besides overhead power lines?

Malina Metzing: In the Micromole project, for example, wastewater is analysed. This also happens with sensors that can detect and measure the temperature, conductivity, and pH or certain substances. Another well-known project was ArtGuardian, where sensors measuring humidity and temperature were attached to paintings or other exhibits.

The idea and the structure of the software are very similar: you need software that receives and remodels the data, a database to store the data, and monitoring programs to monitor the data.

RealIZM: What are the challenges you are facing on your IoT projects?

Malina Metzing: For data processing, it is very difficult to find out just what kind of information is actually relevant. Sometimes, the customers themselves do not know exactly what is particularly important or how the information can be obtained from the data. It is a challenge to research and provide the algorithms you need to determine relevant information from the mass of data.

Adapting the system to the customer’s needs is also always a challenge. For example, it may be that the data are to be transmitted using a different communication protocol or an interface that has not yet been implemented.

Another challenge is optimizing the data processing in the sensor node, so that increasingly complex calculations can be performed, even though the sensor nodes have to work in low power scenarios.

RealIZM: Where would you see the future of data processing?

Malina Metzing: I am sure that these systems have a great future ahead of them. Further improvements and efficiency increases of the IoT systems will enable customers to obtain more accurate and meaningful data from the applications. The use of AI technologies will make a significant contribution to this. For example, algorithms for automatic pattern recognition in mass data will allow important new insights to be gained.