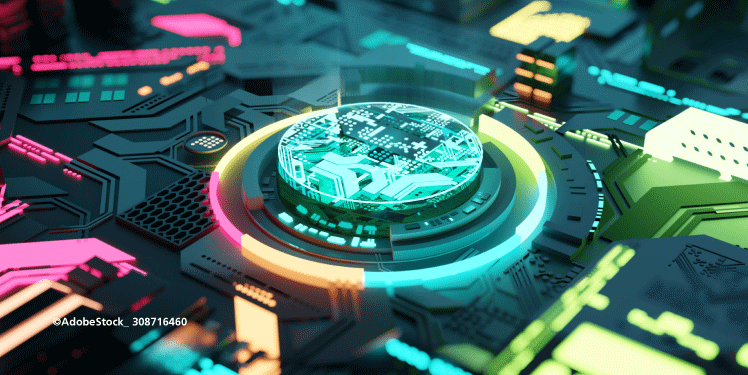 Since antiquity, physics has tried to explain the world we live in. There are things that are easy to describe, such as the time it takes for a weight to drop from a certain height. Classical mechanics can calculate how long the drop will be, and the end result will always remains the same, regardless of the chosen calculation method. But what happens in physics when novel theories are applied?  In his interview with RealIZM, Dr Martin Hempel talks about the basics of quantum theory and the opportunities and challenges in the field of quantum sensor technology.

Martin Hempel: As a rule, nothing gets replaced in physics. When we are dealing with things that seem unexplainable, researchers start looking for theories that support or are compatible with our current models. This means that quantum mechanics can describe our world in more detail, but doing so en masse would be incredibly and unnecessarily complicated. We could create an equation to describe how each individual atom of the weight descends, but that equation could only be solved with a quantum computer.

We could also calculate the path of our falling weight with the Theory of Relativity, but that is only necessary when we get close to the speed of light. So, we can safely stick with the classical equations to get a satisfactory result.

Thermodynamics, for example, is an old discipline of physics, which was based on many equations our predecessors developed from empirical observations. Quantum mechanics, including many body statistics, allowed us to understand the hidden meaning in these equations and their constants.

RealIZM: In essence, what is described by quantum theory?

Martin Hempel: It is the effects and properties of individual particles. Spins, for example, are considered one of the quantum properties of electrons. We can use this, among other things, for detecting magnetic fields. These effects are generally difficult to understand, but once they are proven, we can use them for other calculations.

RealIZM: What is happening with quantum commercialization?

Martin Hempel: Certain effects are described and proven and then used for very specific applications. Starting from these special applications, they will eventually reach the mass market. This is often just a question of prices. The price of a mobile phone’s camera is about one euro. When the price for a sensor is in the range of 1 to 5 euros, it has reached mass market potential and is ready to be built into devices. This gives rise to new sensory capabilities that enable new applications, which is where app developers come into the picture.

RealIZM: What kinds of applications are we talking about?

Martin Hempel: Special effects that were previously perceived as rather curious phenomena are increasingly getting used for sensor technology. Quantum sensor technology in itself is a huge field.

Sensors are always needed. Usually, a sensor is developed for a specific use case, but then, many new alternative uses will come from that one sensor. When the first position sensor was developed and built into a smartphone, no one could have imagined how versatile it could be in its uses and how entire devices could be operated with position sensors.

Sensitive magnetic field sensors are interesting for navigation, for example. A submarine that has lost radio communication uses gravitational or even magnetic sensors. This is a special application with a military origin, but it can also be quite useful in the ‘normal’ world. These sensors can be also used as types of controllers, because we could operate multimedia devices in this way. But we could also imagine it in security technology, to monitor buildings, or in archaeology, to discover hidden structures underground.

Another interesting example is imaging sensor technology. This is a very vast, nebulous area, but in simple terms, imaging is sensor technology that uses quantum effects. It starts with a normal camera, where light photons can be captured and amplified. You attach a single sensor point and you can always make an array of it and generate images. Or you can make an imager from individual quantum sensors to represents effects visually.

This technology allows you to see small changes in the magnetic field, for example. An image plate with individual small quantum magnetic field sensors could make visible where the current runs through the keyboard when a key is pressed, because the conducted current creates a small magnetic field around it.

Martin Hempel: Of course, Fraunhofer IZM is not doing fundamental research on new quantum effects. That is basic research that requires profound theory. But sensor technology is always an exciting area for investment. We are working with effects that are already known, some of which are used in expensive setups. We aim to make them cheaper through our assembly and connection technologies, so that they become more consumer-friendly and sustainable.

RealIZM: To what extent is packaging technology required in this area?

Martin Hempel: At some point, systems are needed that are very similar and have good, homogeneous quality. Especially when interconnecting larger systems, the aim is to produce as many functioning systems as possible that have the same parameters. This poses a great challenge for precision assembly technology, especially when it comes to cryogenic conditions. These temperatures are often needed when introducing the first generation of such technologies to the market, as seen with thermal cameras and semiconductor lasers.

Martin Hempel: In many cases, we already have the technology. We mainly need to evaluate its reliability at low temperatures. We need partners who have a precise idea for a system and are ready to tell us their requirements. Then we can select the appropriate components.

RealIZM: What other tasks lie ahead of us?

Martin Hempel: Progress in quantum cryptography is to some extent dependent on sensor technology. Researchers are working with superconducting sources and detectors. Fraunhofer IZM can provide the necessary structures, like interdigital or spiral structures made of superconducting materials.

RealIZM: In your opinion: Which application area has the biggest potential to become part of our everyday lives soon?

Martin Hempel: The application of novel quantum sensor technology will probably make itself felt most quickly. Sensor solutions will probably be the first to arrive in the mass market and in our everyday lives, but that will not happen overnight. More and more quantum sensors will be added little by little.